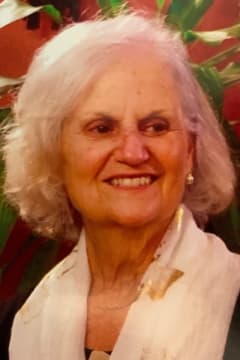 Carol was torn from us suddenly at Royal Columbian Hospital in New Westminster, British Columbia last week. Franco, her partner in life, adventure, love of family and marriage for nearly 47 years, was with her for what was supposed to have been a routine procedure to address her kidney condition.

She will be sorely missed and always cherished by daughters Elisabeth and Christina, sons-in-law Philippe Josset and Stephen Wicary, granddaughter Julia Josset, and grandsons Luka and Nolan Polzot-Wicary; by her sisters Stella and Benedetta, and their husbands Edoardo Pomponio and the late Saverio Grossi; by her brother Gaetano and his wife Rita DiPonio; and by nieces and nephews Peter and John Pomponio; Anna, Ornella and Luisa Grossi; and Dana and Mark DiPonio. She was predeceased by her brother Mario in 2014, and by sister Giuseppina and brother Donato in 1944.

Her loss will be equally felt by in-laws Luigino and Nadia Polzot, and their children Ilaria and Alessio Polzot; nephews Alberto and Cesare Polzot, whose parents Mansueto and Valeria have also passed; and by cousin and dear friends Aulo and Marisa Bearzi, and their daughters Stefania and Deborah Bearzi.

Born in Comune di Sant’Elia Fiumerapido, near Cassino in the central Italian province of Frosinone, Carol came to Canada in 1965 with her parents and siblings, save sister Benedetta. They settled in Windsor, Ontario where she met Franco, who had come from the northern region of Friuli-Venezia Giulia. They married in May 1974. Liz was born at the end of the year, followed by Christina in 1978.

The family moved back to Italy in 1980, living in Franco’s home village of Avausa, in Comune di Prato Carnico, raising their daughters amid the splendors of the Alps. In 1991, they moved back to Windsor, where with the girls in high school Carol took on jobs at Master Cleaners and the Cleary International Centre, serving customers with nearly as much attention (and certainly as much heartfelt conversation) as she offered her family and friends.

She loved to cook and bake for her family, often sending cookies – sometimes even tomatoes and other garden-fresh fare – to both Elisabeth and Christina in Montreal, where they each spent time studying. Those generous habits were revived for her three cherished grandchildren, who from the youngest ages regularly received packages full of home-baked goods, plus hands-on lessons in making pasta, pizza and gnocchi. She will be remembered fondly as a loving, playful and happy grandmother by her beloved Julia, Luka and Nolan.

Carol and Franco moved to Port Moody, B.C. in 2007 to be closer to Elisabeth while Christina began her career in Latin America. The mountains of the Lower Mainland reminded them of the Alps, and they eagerly explored hiking trails around the inlet, up the coast and further inland. Carol continued working, getting to know many people in her new community over the counter at Casa del Pane, among other retail outlets, or through her volunteer efforts at the Community Dialysis Unit in Coquitlam, where she was able to help secure beautiful installations by local artists in support of patients like herself.

She and Franco also enjoyed traveling across Canada, to France, Mexico, the Dominican Republic, and to Alaska, Washington and Oregon. She often traveled to see Christina in Montreal and Toronto, in La Ceiba, Honduras, and then in Ottawa. Trips to San Diego, California and Havana, Cuba were added to the itinerary in 2012, when both daughters moved abroad simultaneously. Vacations to Italy, New England and Spain with immediate and extended family in recent years – that were intended to be only the first among many – will be forever remembered. Nothing will be the same without her.

Beyond her family, she will be greatly missed by her book club gals; by hiking club friends from the Dogwood Centre and from the Klahanie Community Association; by Community Dialysis Unit volunteers; and by many dear friends and neighbours in Port Moody, Windsor and Italy.

Due to the pandemic, only a private visitation will be held at this time. A celebration of her life will be arranged once we can gather safely again. Donations in Carol’s honour may be made to the Kidney Foundation of Canada.