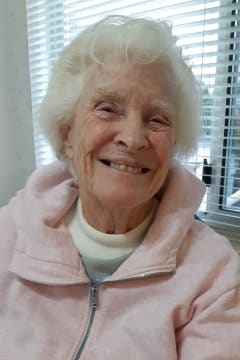 Dorothy was born and raised in Vancouver. She met and married the love of her life Richard Purvey in 1952. They were a great team and very devoted to one another. They moved the family to Coquitlam in 1960 where they became very active members of the community. Over the years she kept up a beautiful garden and a lovely home. Once retired, you couldn’t stop Dorothy from all of her social activities. She played tennis at Dogwood Pavillion, bridge with friends and she and Richard travelled overseas. They spent a month in Hawaii every autumn. Sadly, Richard died in 1997 leaving Dorothy a young widow. She carried on with the trips to Hawaii, with her sister as her new companion and continued to stay busy for many years until she was no longer able. She is survived by children; Larry and Nancy (Paul), grandchildren; Jennifer (Jeff), Courtney, Brad (Britanie), Stewart and Taylor, great grandchildren; Madison and Ava. Dorothy and Richard are gone, but their legacy lives on. Donations to the Alzheimer Society suggested in Dorothy’s honour. alzheimer.ca